Since its 1991 premiere, the work has toured internationally to critical acclaim, and now returns to Hong Kong in this 30th-anniversary production co-presented by Freespace and Hong Kong Dance Company.

Inspired by the epic poems of 3rd century BCE writer Qu Yuan, Nine Songs honours ancient legends in contemporary form, invoking the spirits of sky, rivers, mountains, the dead, and the unquenchable hopes of the living.

HKDC in Residence is part of West Kowloon’s commitment to long-term partnerships with local and international arts organisations. In this three-year residency, Freespace joins hands with HKDC in bringing a diverse range of dance experiences to audiences of all ages. Nine Songs is part of HKDC in Residence.

Age Limit: Children under the age of 6 will not be admitted. 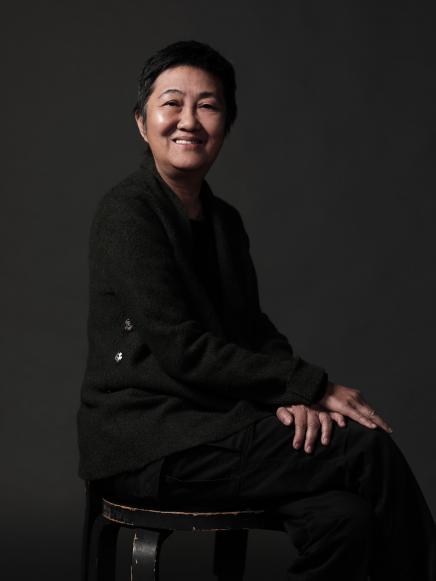 One of Hong Kong’s foremost choreographers, Helen Lai’s work has been featured at Hong Kong City Hall in 1977 and 1978. Lai joined City Contemporary Dance Company in 1979, and was Artistic Director from 1985 to 1989 and Resident Choreographer from 1991 to 2011. Lai has choreographed for nearly all of Hong Kong’s performing arts companies, including Hong Kong Dance Company, Hong Kong Repertory Theatre and Hong Kong Ballet, as well as overseas companies including Cloud Gate Dance Theatre, Guangdong Modern Dance Company and Singapore Dance Theatre. Her major works include Nine Songs, The Rite of Spring, Plaza X, HerStory, Soledad and the chamber opera Heart of Coral (as director). An eight-time winner of the Hong Kong Dance Awards for her choreographic works, Lai was the recipient of numerous awards including Choreographer of the Year from the Hong Kong Artists’ Guild (1990), Distinguished Achievement Award from the Hong Kong Dance Alliance (2002), the Award for Arts Achievement (Dance, 2003), an Outstanding Contribution in Arts award (2015) from the Hong Kong Arts Development Council, and an Honorary Fellowship from The Hong Kong Academy for Performing Arts (2004). 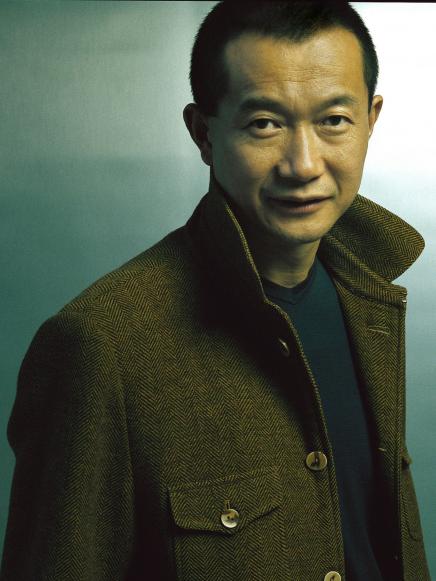 Renowned artist and UNESCO Goodwill Ambassador Tan Dun, has a creative repertoire that spans classical music, multimedia performance and Eastern and Western traditions. Recognised with prestigious honours such as the Grammy Award, the Oscar/Academy Award, and most recently Italy’s Golden Lion Award for Lifetime Achievement, his music has been played internationally by leading orchestras, opera houses, international festivals, and on radio and television. Paper Concerto was premiered with the Los Angeles Philharmonic at the opening of the Walt Disney Hall. His multimedia work, The Map, premiered by Yo-Yo Ma and the Boston Symphony Orchestra, has toured more than 30 countries worldwide. Other important premieres include Four Secret Roads of Marco Polo for the Berlin Philharmonic, Piano Concerto The Fire for Lang Lang and the New York Philharmonic. 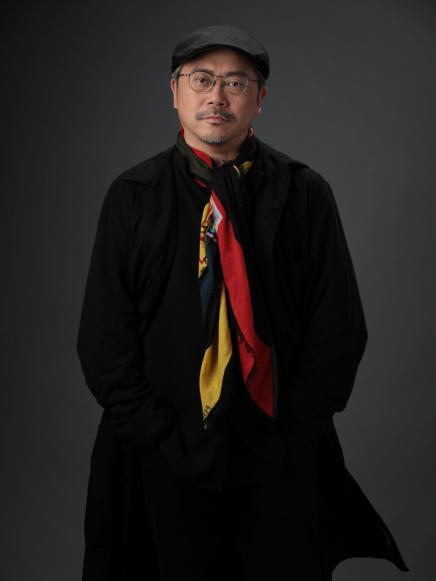 Internationally acclaimed lighting designer Leo Cheung has collaborated on more than 300 productions of theatre, opera, dance and musicals around the world. Known for exploring light, shadow, space and visual media elements, his contributions to dance productions include Revolutionary Pekinese Opera, Thirty Something, Sexing Three Millennium, Testimony, Post-Perception/Transcendence and Mr Blank (City Contemporary Dance Company), Invisible City and Loose Pages from a Woman’s Diary (Cloud Gate Dance Theatre, Taipei), Maze (Passover Dance Company) and As It Were (GoteborgsOperans Dance Company). Cheung has been recognised with a number of awards, including Outstanding Achievement of the Decade Award (1994) and Best Lighting Design Award (1995, 1996, 1998, 2001, 2009, 2010, 2011, 2014, 2017) from the Hong Kong Federation of Drama Societies; Hong Kong Dance Award (1999, 2007, 2010, 2013) from the Hong Kong Dance Alliance for set and lighting designs; and Certificate of Commendation by the Home Affairs Bureau of the HKSAR government (2014) for outstanding contributions to arts and culture in Hong Kong. 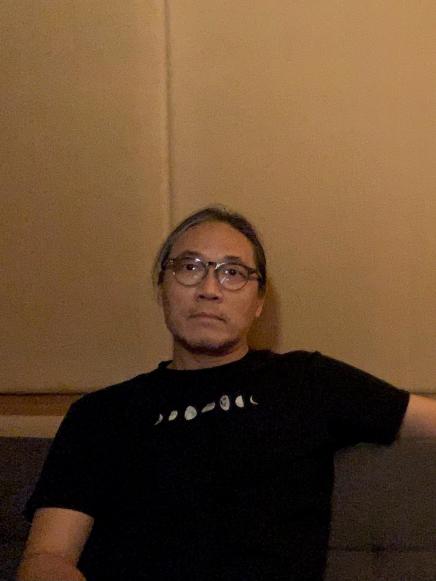 Anthony Yeung graduated from The Hong Kong Academy for Performing Arts (HKAPA). In 2003, he received the Best Sound Design at the Hong Kong Drama Awards. He began teaching at HKAPA in 2004 and has been an advisor for the sound art organisation Soundpocket since April 2008. He was also appointed sound consultant for Dolby Laboratories in 2010. Yeung has recently participated in theatre productions including Shan Shui: An Ode to Nature and Dance of Strings by the Hong Kong Dance Company, Luck Quacka and Mr Blank (re-run) by City Contemporary Dance Company; Scenes from a Marriage by Tang Shu Wing Theatre Studio, To Someone Alike by Count-in Music and Pride and Prejudice and All My Life I Shall Remember by Chung Ying Theatre Company. In 2017 he received the Outstanding Sound Design award at the Hong Kong Dance Awards. 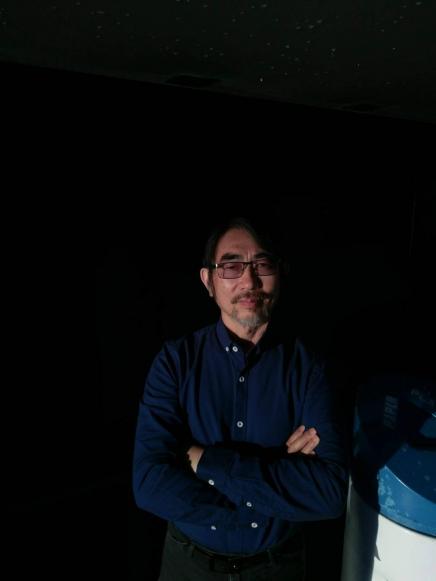 Sunny Chan completed a diploma in fine art in 1981 at the Hong Kong Ling Hai Art School, and began his career with an apprenticeship in theatrical make-up under Wong Suen-kee at the Hong Kong Repertory Theatre. Since then, Chan has worked in theatre in Hong Kong and overseas, and has also been involved in film and television production. He is the recipient of several Best Makeup Design awards from the Hong Kong Drama Association, and received a scholarship from the Asian Cultural Council for research and cultural exchange in New York, San Francisco and Hollywood in 1994. In 2007, Chan established Splash Make-up Workshop and started teaching make-up art. Between 2011 and 2017, he planned and taught a two-year stage course in make-up for the Macau Conservatory for Performing Arts. He was a lecturer in wigs and make-up at The Hong Kong Academy for Performing Arts from 2017 to 2021.

Concessions: Half price for senior citizens aged 60 or above, people with disabilities and a companion, wheelchair users and a companion, Comprehensive Social Security Assistance (CSSA) recipients and full-time students*. Ticket holders must present proof of eligibility on admission. Concessions are available on a first come, first served basis. *Full-time student discount is not for the lowest price zone

Venue
View in Google Map
Organizer
West Kowloon Cultural District
West Kowloon Cultural District will be developed into one of the world’s largest cultural quarters, blending art, education and public space. It includes The Xiqu Centre, the Art Park, the M+ Pavilion and the western section of the waterfront promenade are currently open to the public, with exhibitions, events and festivals taking place throughout the year.
More Info