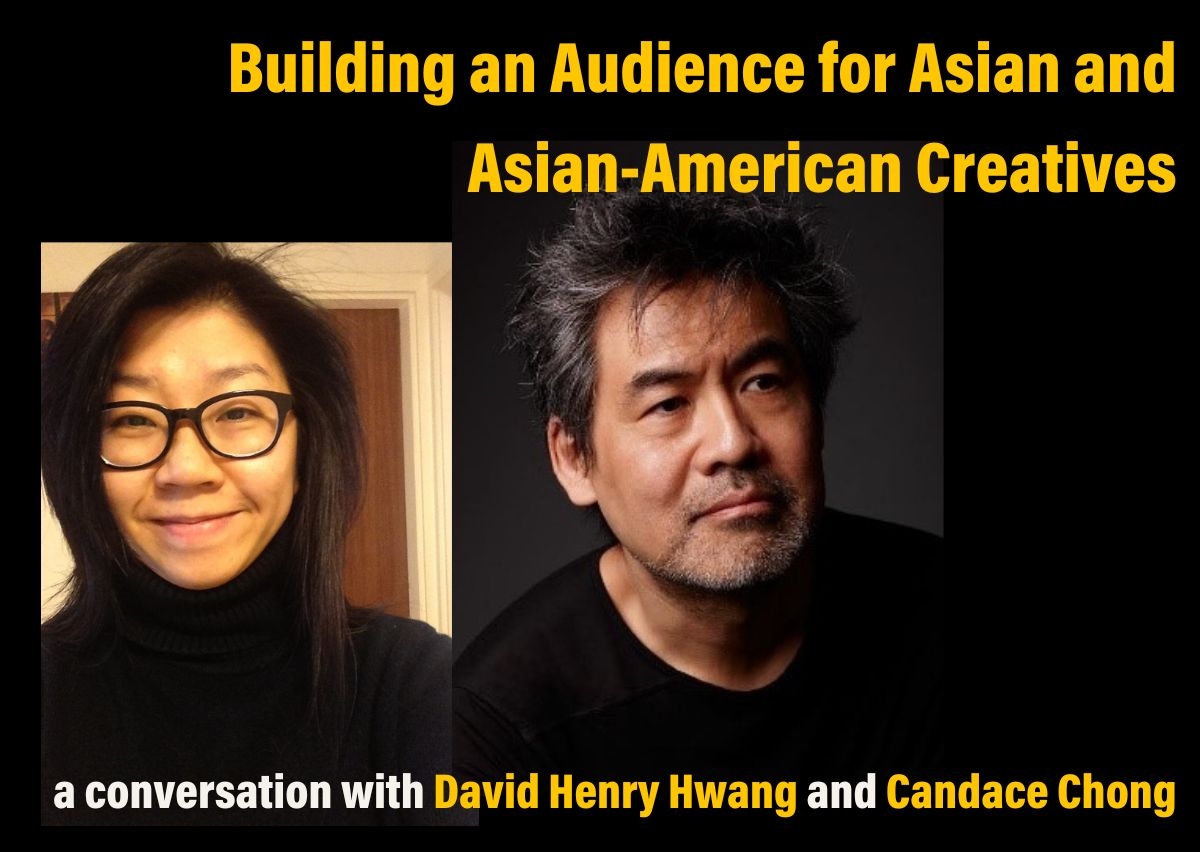 From playwright to screenwriter, drama, musical, opera and more, David Henry Hwang and Candace Chong have received numerous accolades and tremendous audience support in the past two decades. With rising talks of identity politics within the creative industry, the need for representation both large and small has never been more crucial. The two stars chat with ASHK Executive Director Alice Mong about their work across cultures and how they present and represent Asian and Asian-American experiences to all audiences.

They will then be joined by Joanna C. Lee and Ken Smith, who have served as Asian and Asian-American content and outreach consultants for stage and screen for more than a decade. From the 2011 bilingual comedy Chinglish to the current Broadway musical KPOP, they discuss their work during a global surge in interest on Asian subjects.

David Henry Hwang, American playwright and screenwriter, is a Tony Award winner (and three-time nominee), a three-time OBIE Award winner and a two-time Finalist for the Pulitzer Prize. He is also the most-produced living American opera librettist and currently serves as a professor at Columbia University School of the Arts. Hwang is a Trustee of the American Theatre Wing, where he served as Chair, and sits on the Council of the Dramatist Guild. Recent honors include his 2022 induction into the Lucille Lortel Playwrights’ Sidewalk and his 2021 induction into the American Academy of Arts and Sciences.

Candace Chong Mui Ngam is a Hong Kong playwright, screenwriter, and translator. Apart from writing drama, she has also collaborated in musical theatre and opera. Selected by the South China Morning Post as one of Hong Kong’s 25 most inspirational and influential women, she is a six-time winner of the Hong Kong Drama Awards, and recipient of the Best Artist Award (Drama) from the Hong Kong Arts Development Council. Her plays have been performed on European and American stages, translated, and published. She participates courtesy of the Robert H. N. Ho Family Foundation.

The views and opinions expressed are those of the speakers and participants and, unless expressly stated to the contrary, do not reflect the opinion, position or official policy of Asia Society Hong Kong, its members, or its committees. Asia Society Hong Kong does not endorse or approve and assumes no responsibility for the content of the information presented.